Between the time of drug administration and that of obtaining the effect ; the drug passes through several stages grouped into three phases :

The stage biopharmaceutical : includes the steps of the availability of the drug of the active organism. These steps are combined in the release of active substance from the pharmaceutical form and its dissolution.

For example the solid form (tablets) : the solution formatting steps are : the decay and disintegration (particles of small sizes) shape then the dissolution ( dispersion in the molecular state in an aqueous medium) the active ingredient.

The pharmacokinetics stage : is descriptive and quantitative study of the future of medicine in the body over time. It therefore includes the study of the absorption, distribution, metabolism, the elimination of drugs in the body (concept ADME).

The pharmacodynamic Phase : it is the study of the biochemical and physiological effects of the active ingredients and their mechanisms of action

The absorption or resorption is a phenomenon that is the transfer of the active ingredient from its site of administration into the systemic circulation. The passenger in eimplique biological membranes.

Except for the intravenous and intra arterial, all administartion routes are affected by the phenomenon of absorption.

The active ingredients of drugs have generally, either a weak acid or weak base character, Example :

They are therefore likely to ionize depending on the medium pH where there are, and their pK. according to the equation of Henderson-Hasselbalch :

Ks partition coefficient information about fat solubility which is carried by the non-ionized fraction of the drug molecule.

The poorly water-soluble substances are poorly absorbed in the digestive system as the amount is in solution is very limited, therefore the water solubility is a limiting factor in the dissolution of drugs in the digestive milieu.

The transfer rate of a drug is inversely proportional to its molecular weight.

The main barrier is that the drug meets the plasma cell membrane, composed of a lipid bilayer.

Drugs can cross membranes either by passive processes or mechanisms involving the participation of membrane components.

a- The passive diffusion :

It is the most important mechanism by which the active ingredient molecules pass through the membrane when these molecules are not electrically charged.

This is the transmembrane passage of large molecules entrapped in the vesicles formed by invagination of the plasma membrane.

V /- The absorption of drugs by different routes of administration :

A/- absorption of oral drugs :

Only the non-ionized and soluble fraction passes through the digestive barrier into the blood (pH = 7.4), nature of lipid-proteique (by passive diffusion).

The pH varies between 1 and 8 in the gut, according to this pH value, the ratio of the ionised and unionized forms depends on the pKa of the compound.

• In acidic medium : Vionisation low, the non-ionized fraction greater, the drug will best cell membranes.
• In basic medium : ionization is important, where a fraction ionized greater, thereby limiting the transmembrane portion of the substance.

For a weak base :

N.B : before it is absorbed a certain amount of active ingredient can be metabolized or transformed under the effect of certain enzymes in the gut (Disaccharisadases , Dipeptidases, enterokinase, Cytochromes) or enzymes of the intestinal flora by transformation products called metabolites "It is the effect of intestinal first-pass"

After absorption, the active ingredients reach the portal vein that goes to the liver. At this level, a fraction can be metabolize (= Chemically transformed). This phenomenon called "the first-pass effect" can significantly reduce the amount of these active substances before reaching the bloodstream.

a- The physicochemical properties of drugs :

1- The physiological components of digestion :

There are difficult to predict the influence of diet on gastrointestinal absorption of drugs.

It directly influence the absorption of fat-soluble drugs

This is the result of changes made by one of the partners drugs limiting factors the digestive absorption of drugs, to know : dissolution ; gastric emptying ; and intestinal blood flow.

B/- The absorption sublingually :

The drug is placed under the tongue, region defined by a mucous membrane similar to that of the gastrointestinal tract, conditions conducive to drug absorption at this level :

Any drug absorbed by this route, prevent :

Note : it is difficult to predict with certainty the amount of drug administered rectally avoiding the first pass liver.

D/- Absorption through the lungs :

The lungs are an excellent absorption by their body :

* Large exchange surface (the number of cells varies between 300 at 400 millions).
* Very high permeability
* very important vascularization The absorption by this route of administration is by passive diffusion at the alveolar membrane

The drug absorption is generally rapid injection of drugs directly into the body (with the exception of intravenous and intra arterial). And while avoiding the removal by the gastrointestinal tract. However, drugs administered directly into the systemic circulation can undergo elimination of first pass through the lungs before being distributed to the rest of the body. On distingue:

1- The absorption of the drug intramuscularly :

Absorption is by passive diffusion or facilitated.

The active ingredients are absorbed rather quickly depending : their lipid solubility and vascularization and blood flow from the injection site.

Absorption is by passive diffusion or facilitated, the resorption rate is less than intramuscularly because of the viscosity of the ground substance of connective tissue (adding an enzyme: hyaluronidase which decreases the viscosity) 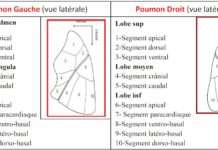 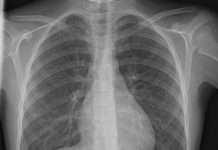