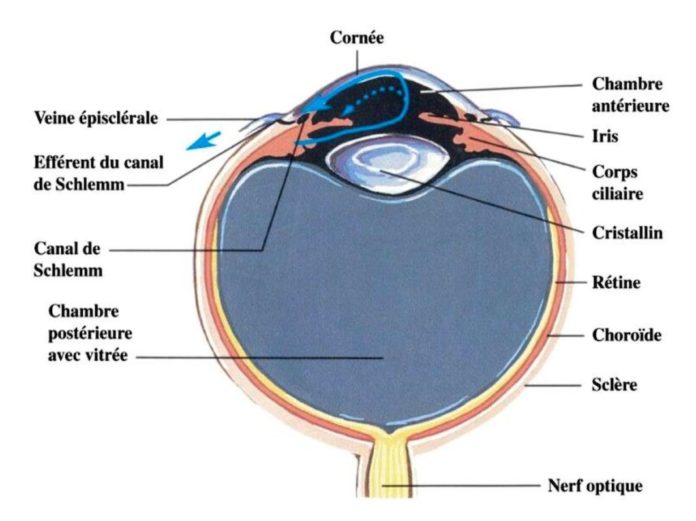 C & rsquo; is a movable member contained within a cavity called the eyeball, which prevents him translational movement (before behind), but it allows rotation through muscle to d & rsquo; direct the gaze in a direction of infinity. C & rsquo; is that & rsquo; called visual field, which can Reaching 200 °. The power of the & rsquo; eye equals 59 Dioptries.

The cornea is a transparent membrane that allows us to see the & rsquo; iris, colored diaphragm. The pupil is a diaphragm that allows light to pass, it can only measure 1 at 2 mm diameter to achieve intense light 8 mm in & rsquo; darkness.

Behind & rsquo; iris is the lens. It is surrounded by the ciliary body to which it is held by the zonule of Zinn. The lens is transparent and can lose its transparency, with & rsquo; among other age.

The eyelids spread the tears in their blink.

Finally, the optic nerve functions as a transmission belt to the brain.

II- The annexes of the eyeball :

Situated in the upper part of the facial massif, true junction zones between the face and the skull bone, separate the & rsquo; s a & rsquo; another by the nasal cavity, the two orbital cavities contain and protect the organs of the & rsquo; machine vision, especially the eyeballs and the extraocular muscles.

Quadrangular pyramid whose base is wide open in front and narrow top located behind, each orbit is constituted by a set of & rsquo; bone juxtaposed forming the & rsquo; bony orbit, lined on its inner side d & rsquo; a fibrous membrane : the periorbital. Many holes drilled in the bone walls establish communication l & rsquo; orbit and neighboring regions and allow the passage of & rsquo; arteries, veins, nerves for the eyeball or Annexes. 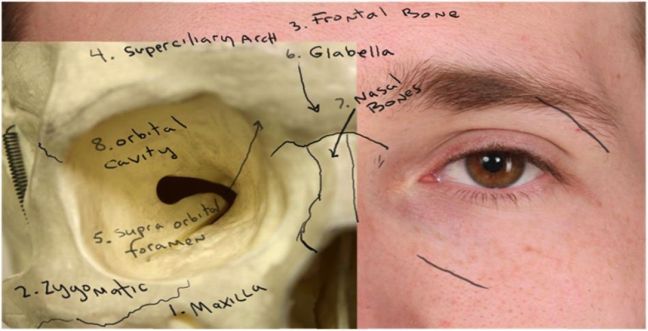 Palpebral region is located in the middle third of the face. It comes into close contact with the frontal region above (via eyebrows), the nasal region medially, Find jugale en bas et la région time latéralement. eyelids (four in number) have an important function as physiological, in protecting the eyeball (spreading the tear film on the cornea, shedding tears), aesthetic where they participate, with eyebrows, to & rsquo; expressive eyes. 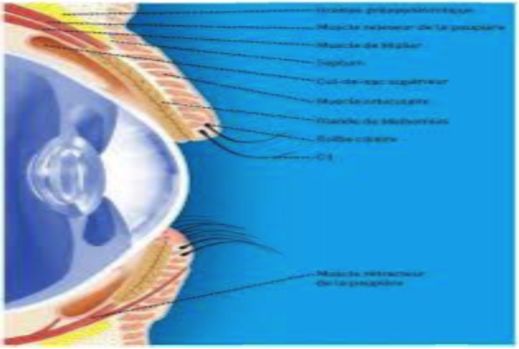 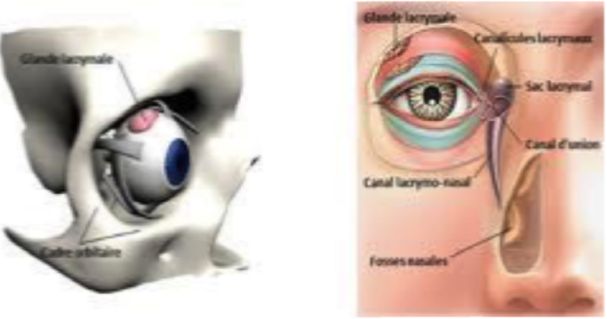 In each orbit, six ocuiomoteurs muscles allow the mobilization of the bulb of the eye in different directions of gaze : four right muscles • Medial, superior, side and bottom – And two; oblique muscles – upper and-lower. Every muscle is surrounded by a clean muscle fascia that s & rsquo; unites forward to root sheath T eye. Intermuscular fascias linking fascia adjacent muscles. L & rsquo; assembly formed by the bulb of the eye, extraocular muscles and fascia hangs on the walls of the orbit by a system of bays and fascial ligaments.

The four rectus muscles and their fascial limit behind the bulb of the eye a conical space : the fasciomusculaire cone whose apex is located at the apex orbital.

The extraocular muscles are striated muscles of a particular type. Their arterial supply is important, but variable. They are innervated by cranial nerves three oculomotor : oculomotor nerve, trochlear and abducens. 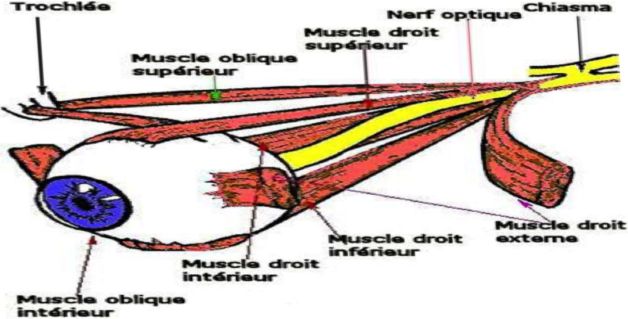 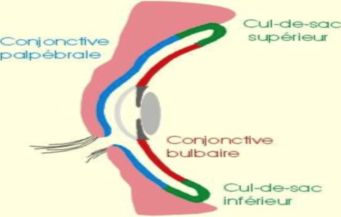 The conjunctiva is a transparent mucous membrane, whose lid portion is continuous with the skin of the eyelids.

In the cul-de-sac, it is reflected and covering the eyeball up & rsquo; the limbus. It s & rsquo; then called bulbar conjunctiva.

the sclère : the sclère, outermost tunic of the world, very solid and very resistant, formed of collagen and elastic fibers, around four fifths of the globe later.

At its surface lie the extraocular muscles and their tendons run the neurovascular elements.

the cornea : c & rsquo; is the curved extension of the sclera The sclera-cornea s & rsquo border called the limbus

She is made of 5 different layers :

Its nutrition is ensured primarily speak tears that cause the & rsquo; oxygen, some by & rsquo; aqueous humor and blood vessels at the limbus

the choroid : The choroid is a highly vascular layer that provides

Nutrition l & rsquo; iris and retina. It is located between the sclera and the retina.

It contains many colored pigments and thus forms a screen. It maintains the & rsquo; within the & rsquo; eye darkroom.

50 & rsquo; rainbow : C & rsquo; is a circular diaphragm setting automatically according to the amount of light received.

When the diameter is small, there is less of & rsquo; aberrations : the rays that are too are removed by the diaphragm and & rsquo; image formed on the retina is net.

The night, it n & rsquo; there is not much light, the pupil dilates, l & rsquo; image formed on the retina n & rsquo; is sharper : c & rsquo; is nocturnal myopia.

Nutrition s & rsquo; iris is provided by the & rsquo; aqueous humor in which she bathes, and some small arterioles.

The muscles that are responsible for the change in diameter of the & rsquo; irises :

• Composed by : the ciliary muscle and ciliary processes.

She as thick 1/10 at 4/10 mm. It is highly vascularized : important network of veins and arteries.

The retina is a hypersensitive plate. It is traversed by numerous small vessels. She is

Composed of hundreds of millions of nerve cells : the rods and cones. The role of these

Cells is crucial. They allow to see the details, the lights, colors, shapes and movements.

The light that enters the & rsquo; eye must pass through the retina to reach the sensitive layer of rods and cones.

The rods and cones are receiving photocells. It is these cells that capture

L & rsquo; nerve impulses and transmit the brain to decode and forming an image.

It was much sticks (130 millions) that cones (6-7 millions). The diameter of the cone is much smaller than that of the rods. The more s & rsquo; away from the central portion, more cones are scarce and their diameter increases.

The macula and the fovea : In the central elliptical area is the maximum cones. This area allows a clear vision. This measure area 3 mm in the major axis and 2 mm in the minor axis. It s & rsquo; called the macula. The macula or yellow spot, appears located at the posterior pole of the center as a fine excavation.

The fovea is a region of the retina located in the macula, near the & rsquo; optical axis of the & rsquo; eye. This region is of utmost importance for vision. C & rsquo; is she who gives the most accurate view, in daylight, c & rsquo; is to say during the day. When we set an object, we turn our eyes to align the & rsquo; image on the part of the retina.

In an even more central vision we find the fovea. It measures 300 at 400 microns in diameter and contains 25 000 cones.

The cones need more light than the rods to be excited. The cones respond more daylight that & rsquo; in night lights. The rods need much less light to react, they provide night vision.

It exists 3 kinds of cones that respond to length of & rsquo; different wave : bleu, vert, rouge. The cones are therefore responsible for color vision.

The sticks are not involved in color vision. Night work only sticks, c & rsquo; is why the night all cats are gray !

Ensuring by ACR and VCR

the Lens : c & rsquo; is a transparent bi-convex lens. It is vascularized.

Its curvature may vary, d & rsquo; where variation of its power. 100 & rsquo; or L & rsquo; accommodation.

The lens bomb, it increases its power.

With the & rsquo; age, there is loss of & rsquo; elasticity of the lens. C & rsquo; is presbyopia.

The lens is surrounded by a capsule. This capsule are fixed fibers of the zonule of Zinn.

Its role is particularly nourishing (corneal endothelium and iris), repairer, control of intraocular pressure, and maintaining the shape of the & rsquo; eye.

The vitreous : C & rsquo; is a transparent connective tissue. It is surrounded by a membrane called the hyoid membrane.

Its structure involves in maintaining pressure and intraocular allows it & rsquo; absorb the pressures to which it is subjected without altering the function of the & rsquo; eye. It consists of 95% water. 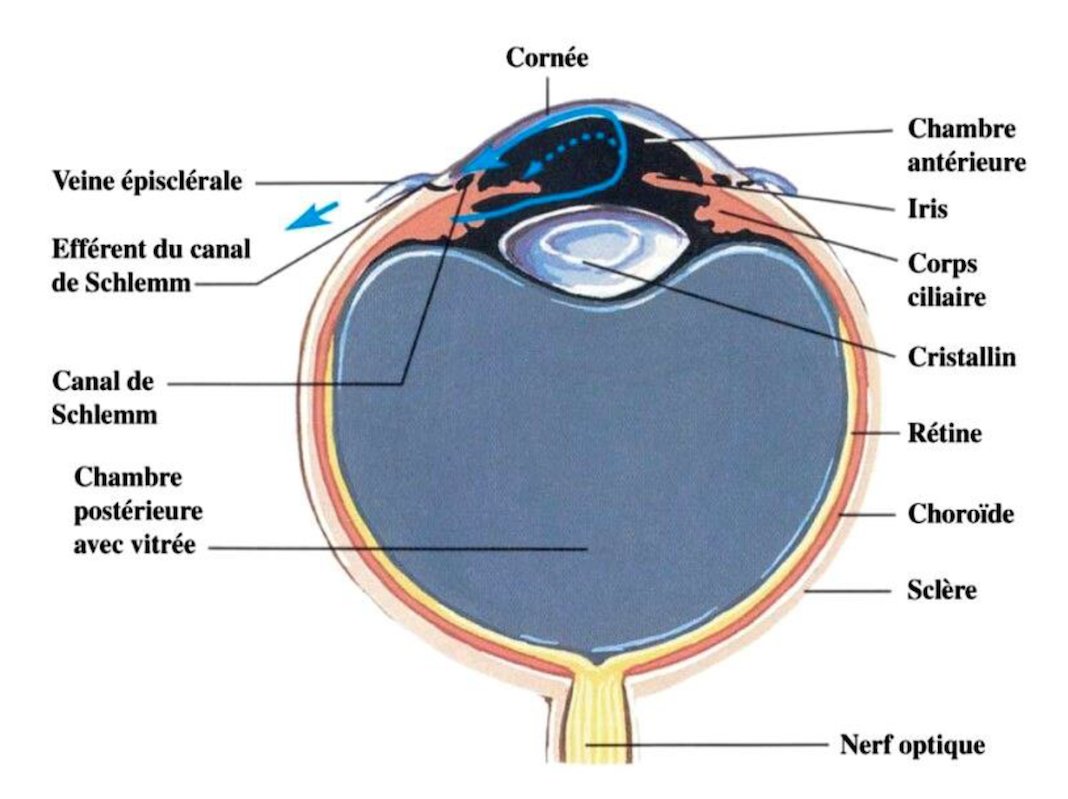 The optic nerve : Transmits information to the brain

All the optical fibers from the visual cells converge toward a specific point on the retina : papilla. This point will therefore not contain visual cells but only the nerve fibers.

The papilla is therefore a point of & rsquo; eye does not see. It s & rsquo; also called blind spot. At this point also opens the venous and arterial network of the retina.

The optical fibers are joined all there to form a cable called the optic nerve. It measures 4 mm diameter and 5 cm de long.

There is an optical eye by nerve, therefore 2 optical nerves in all. These 2 nerves cross in an area called the optic chiasm. At this point s & rsquo; intersects only part of the fiber : fibers from the nasal retina.

Chiasma : partial crossing of fibers of the optic nerves (hemi-decussation, only fibers from hemi-nasal retinas. 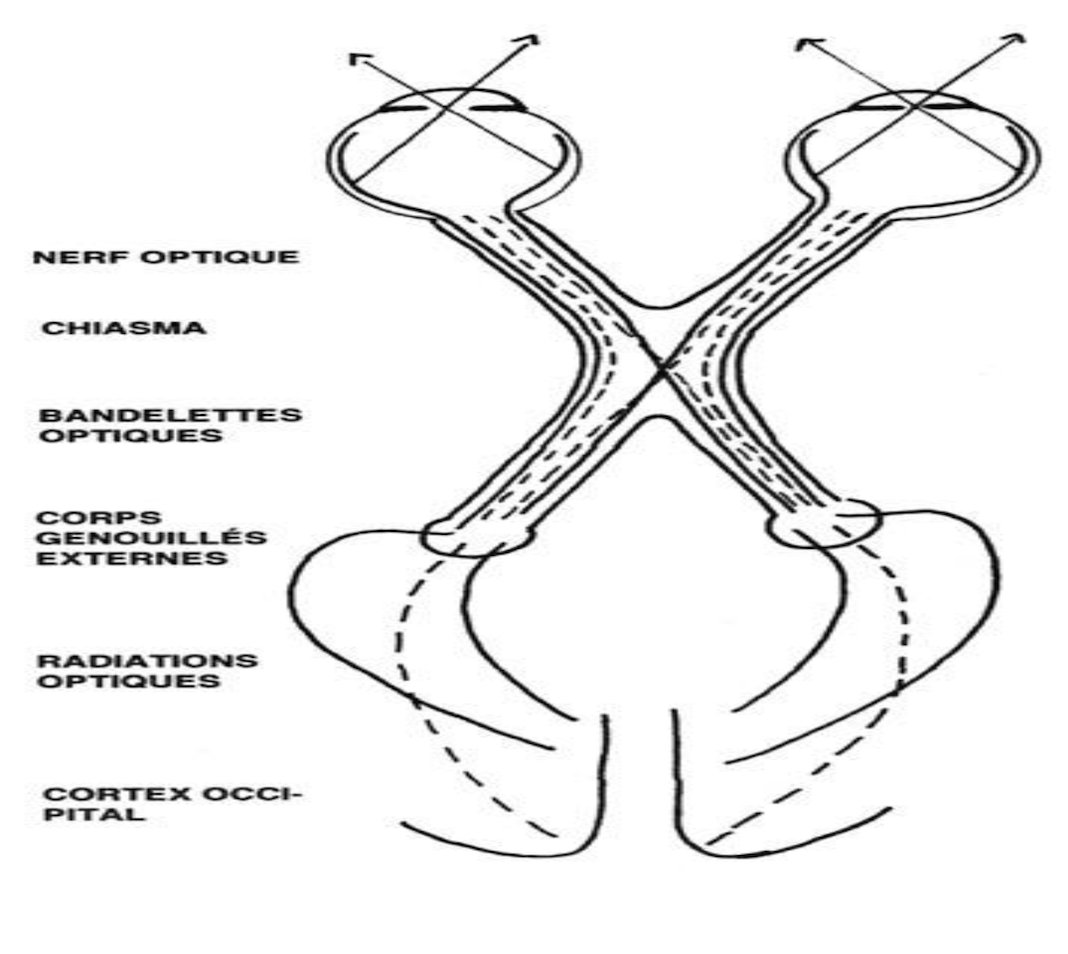 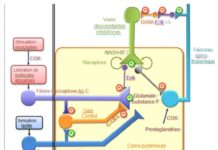 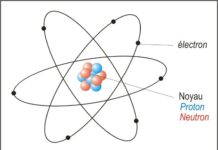 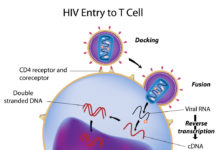 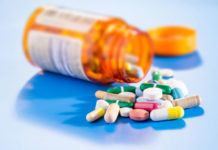