The antipernicieux factors are represented by :

—> The lives B9 or folate (folic acid and derivatives thereof) :

It is due to taking certain antineoplastic or immunosuppressive drugs that are competitive inhibitors of the synthesis of & rsquo; DNA.

It is due to a anonfalie of hematopoietic stem cell.

B- digestive syndrome : in connection with the & rsquo; atrophy of the digestive mucosa, is translated by

C- Syndrome neuro-anemic : electively occurring in the lives deficiency E12, it may precede the & rsquo; anemia but rarely isolated. It sends a table of combined degeneration of the cord with

E / Other assays : shows signs of & rsquo; intramedullary hemolysis with

A- ANEMIA MÉGALOBLASTIOUE BY DEFICIENCY FOLATES :

1- food intake default : it can

3- malabsorption digestive : it can

B- ANEMIA MÉGALOBLASTIOUE BY DEFICIENCY VIT B12 :

– C & rsquo; is atrophic gastritis in & rsquo; origin & rsquo; malabsorption of B12 depletion lives secretion of intrinsic factor.
– It mainly affects women over 40 years and White.
– II s & rsquo; is d & rsquo; a condition autoimmune due to the production of & rsquo; auto-anti-intrinsic factor and anti-gastric parietal cells.
– It is often associated with d & rsquo; other autoimmune diseases, including vitiligo, diabetes and thyroid disorders (Basedow, thyroiditis d & rsquo; Hashimoto and myxedema.)
– The objective gastroscopy irreversible atrophy of the gastric mucosa.
– The gastric tube shows achylie with achlorhydric resistant to secretagogues, including pentagastrin with lack of intrinsic factor in gastric juice.
– The treatment lasts a lifetime and the possibility of & rsquo; a cancer-during the & rsquo; evolution requires an endoscopic all 2 years. 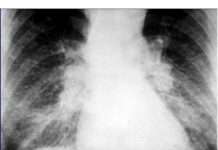 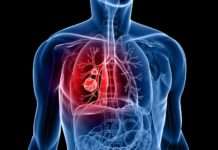 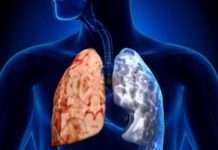