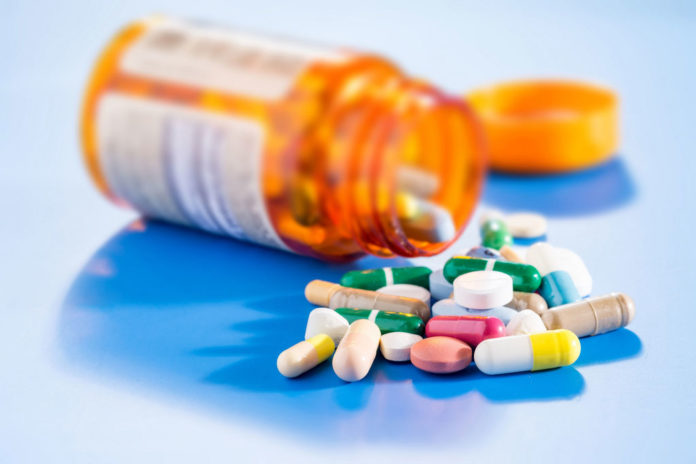 Depression is a decrease of neuropsychological tone, is a mood disorder, accompanied by a state of suffering psychic, it is expressed by :

There are primary and secondary depression depression (Drug or organic origin)

A- The neurochemical theory :

This is the most accepted theory and involves biogenic amines, Depression is accompanied by a deficiency :

B- The neurohormonal theory :

(hypothalamic-pituitary axis) the basal level of cortisol is high.

These are psychotropic substances that improve depressed mood in its most serious manifestations by acting on the entire existing depressive syndrome for at least 2 weeks.

a- chemical Classification : it is complex.

b- biochemical Classification : it classifies antidepressants according to their mechanism of action is based on single-aminergic systems.

3- The different classes of antidepressants :

a- Tricyclic antidepressants : Designated by this term because of their chemical stmcture. On distingue :

—> Tricyclic antidepressants imipramine where Imipramine (Tofranil®) is the prototype.

Maprotiline (Ludiomil®) : this molecule has the same pharmacological properties of tricyclic.

According molecules antidepressant effect is dominated either by the sedative effect, or by an effect psychotonic. The choice is made depending on the patient's symptomatology.

On the central nervous system :

The tricyclic antidepressants have a sedative effect that can be beneficial in the beginning of treatment in a depressed that this sleep disorder.

On the cardiovascular system :

The most common effect is represented by postural hypotension.

Sinus tachycardia is due to inhibition of the reuptake of norepinephrine and the anticholinergic effect.

The pharmacokinetics of imipramine is complex and highly variable from one molecule to another. Generally, still we can retain the following :

3- Indication : These are the depression of all kinds

Adverse effects of imipramine are common, they are often benign..

They specifically and potently inhibit the reuptake of serotonin.

They are much more developed because of a similar efficacy to tricyclic but have more clinical benefit :

These are the depression of all kinds. Their first-line use is easily justifiable in the elderly poly-medicated, suffering from cardiovascular disease and in patients with suicidal thoughts.

1- Venlafaxine (Effexor ): inhibits the reuptake of both serotonin and NA, their pharmacological effects similar to tricyclic but it carries fewer side effects.

You have to respect an interval of 15 days when switching from treatment with MAOIs and Venlafaxine and 7 days in case of reverse flow.

There are two forms of MAO :

La MAO-A (responsible for the degradation of the amines mono-aminergic; noradrenaline , serotonin , and many dietary amines (ex. Tyramine).

Most MAOIs are no or very specific and inhibit 2 MAO but it is known that anti depressant effect is related to inhibition of MAO-A.

We distinguish 2 types of MAO used as antidepressants: non-selective MAO-A and MAO

1- The irreversible and non-selective MAO inhibitors :

They bind covalently MAO, the result is an irreversible inhibition and long-term (about several weeks) which lead to the destruction of the enzyme, we speak of "suicide inhibition".

The restoration of the MAO activity after a single dose of an irreversible MAOI requires 8 at 15 days.

MAO is not destroyed so that the lock is reversible and limited in time. On distingue :

These antidepressants are of more recent onset and have features specific to each specialty. They do not show the toxicity of tricyclic (they often lack effects