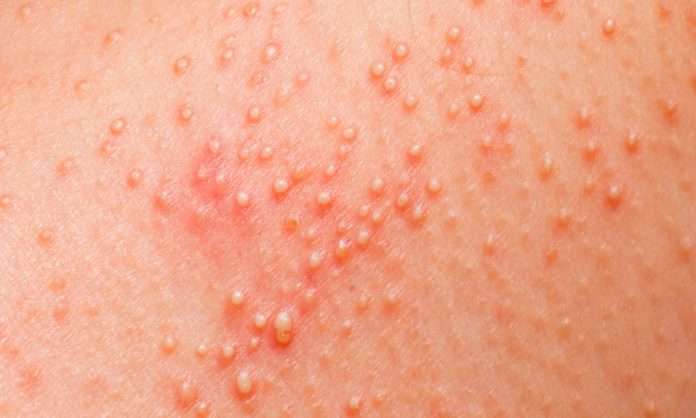 There are two forms:

– A very often onset on the oral mucosa: painful and recurrent erosions

– An eruption of bubble lesions isolated without pruritus, without underlying rash, sign of Nikolski positive.

b) The superficial pemphigus:

The treatment of major autoimmune bubble diseases relies mainly on

Thecal or general corticosteKingd therapy: The life-threatening prognosis remained reserved primarily because of the complications of this long-term treatment in an elderly person.

Onmphigus is treated with general corticosteroid therapy associated with immunosuppressants or not.