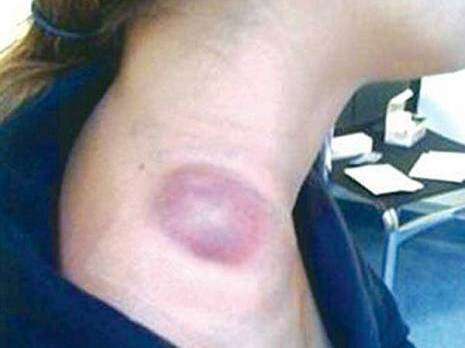 – rare in Europe and industrial countries, this is due to:

– in Algeria, tb is a public health problem that is endemic.

– Koch bacillus (BK) is a mycobacteria, immobile, very sensitive to heat but resistant to cold and desiccation,

– coloured red by fuchsin, not discoloured by nitric acid or alcohol (acid-alcoholic-resistant bacillus[BAAR]).

– It is grown in strict aerobics between 35 and 37 degrees Celsius on enriched environments & quot; Lewenstein Jensen" – One distinguishes:

– Tuberculosis is or Koch bacillus,

BeYT classification of skin tuberculosis: based on pathophysiological criteria

– it is held on a bundle of arguments.

– Injection of 10 IU of tubercle intradermal, on the ant side of the forearm.

– Play after 72 hours, measuring the diameter of the induration

– this is the highlighting of the BK.

– the sample: on a skin caseous fireplace, puncture of an adenopathy, biopsy part, serouss.

2- CULTURE on the middle of lovenstein

– For the identification of the species and the development of the antibiotic:

– their interest is in paucibacillary forms such as vulgar lupus, or reactionary states (erythema, indurated BAZIN), but however it lacks specificity and sensitivity,