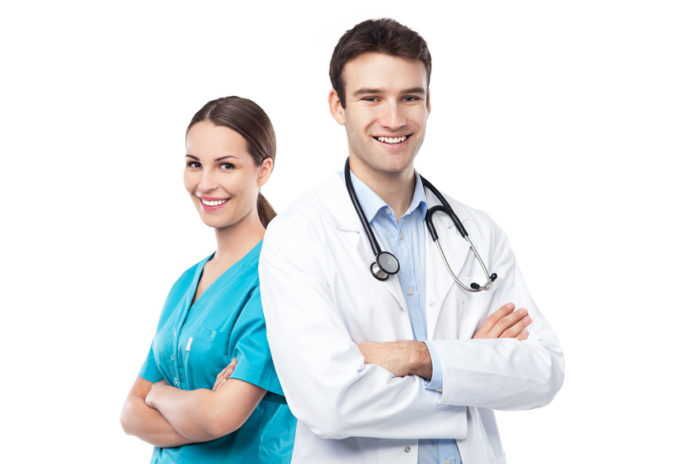 The doctor is a person who has been regularly admitted to a medical school duly recognized in the country where it is has successfully completed the prescribed program of & rsquo; medical study and acquired skills with which it has the quality to be legally.

Licensed to practice medicine includes prevention, the diagnosis, Treatment and rehabilitation, in its sole discretion to promote the health of the individual and the community.

II/- The legal conditions for the exercise of the medical profession :

A- The conditions attached to the & rsquo; exercise of the medical profession are formulated, by Articles 197 and 213 the health code, which is in the private or public sector :

– General practitioners and specialists practicing in the following plans: Mon :

→ As a full-time official in the public sector.
→ Privately, according to an established health card so as to provide a sanitary covered in pa s (Art 202).
→ L & rsquo; complementary activity in private structures:

– L & rsquo; complementary activity is given on request of the & rsquo; interest, by the director of the & rsquo; public health establishment, after service of the reasoned opinion leader and medical or scientific advice.

The place or places d & rsquo; year The nature of the & rsquo; activity

The 2 half days (afternoon) reserved for the & rsquo; complementary activity

IV- The rules of exercises :

Every physician must comply with the rules & rsquo; exercise dictated by the law of 16.02.85 and always ensure compliance with the & rsquo; medical ethics.

These rules are made by several items. We will pay particular attention to the following items :

ART 207 : the doctor is required to & rsquo; practice his profession under his legal identity.

ART 210 : l & rsquo; obligation of every doctor to refer to the orders of the & rsquo; public authority.

ART 206 : the doctor is bound by professional secrecy unless the legal provisions in the loosened expressly.

We must therefore ensure to protect our patients from danger emanating from healers and quack.

L & rsquo; failure or non-compliance with these rules seriously engage the responsibility of the physician who can make bobjet criminal prosecution and / or disciplinary.

Rabelais said : "Science without conscience & rsquo; is the ruin of the & rsquo; soul"