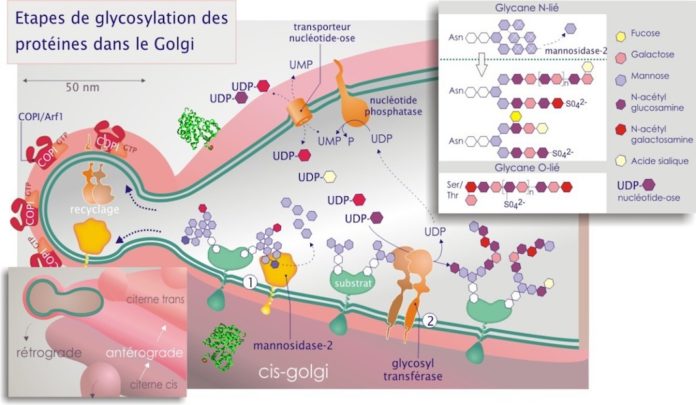 These are heteroproteins resulting from the union of a carbohydrate moiety (de type oligosides) and protein by covalent bonds.

They are widespread in nature and have a wide variety of biological functions. They contain more 5% carbs.

3- Binding of protein and carbohydrate moieties :

The bond is made between the terminal reducing group of the carbohydrate moiety and an amino acid of the protein at :

During the DR ZEKRI.S – Faculty of Constantine