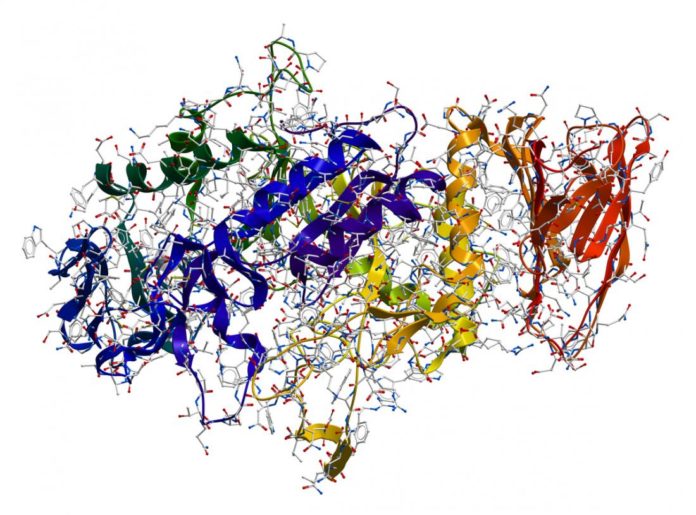 GOALS : know the basics of the official nomenclature and functional.

know the 6 classes d’enzyme and their Functional characteristic.

d’a given reaction following the indications

A / INTRODUCTION AND PROPERTIES OF ENZYMES :

The aim of the course is to give a view of’set of metabolic enzymes.

All metabolic reactions are catalyzed by enzymes.

There is’has at least one different enzyme per catalyzed reaction, which represents thousands of’enzymes by organism. (3000 enzymes) Enzymes are spread over different cellular organelles and may, so, be qualified as « marker enzymes ».

° They are found intact at the end of the reaction, although’they are intimately linked to the substrate and produced. (regenerated)

Carbonic anhydrase is an enzyme present in all our cells.

It catalyzes the addition reaction of one molecule of water of a carbon dioxide molecule to form carbonic acid which dissociates at physiological pH in a bicarbonate ion and a proton.

This reaction is reversible and leads to a state of equilibrium that enzyme catalysis does not change.

° are produced by the cell : all enzymes are
high molecular weight proteins, thermolabiles

° They are specific :they transform a given substrate (substrate specificity) through a given reaction (specificity of’action) ;

° They are regulatable certain enzymes alter their catalytic activity in response to metabolic signals, which allows the’adjustment of the’metabolic supply on cellular demand.

Any enzyme is functionally recognized by a specific area called "active site" defined as the area or fixed(nt) the (s) substrates and coenzymes and where the reaction takes place. The active site plays a dual role : the substrate binding site and the catalytic site of.

The active site is located at the bottom of’a pocket of the inner area of ​​the protein. 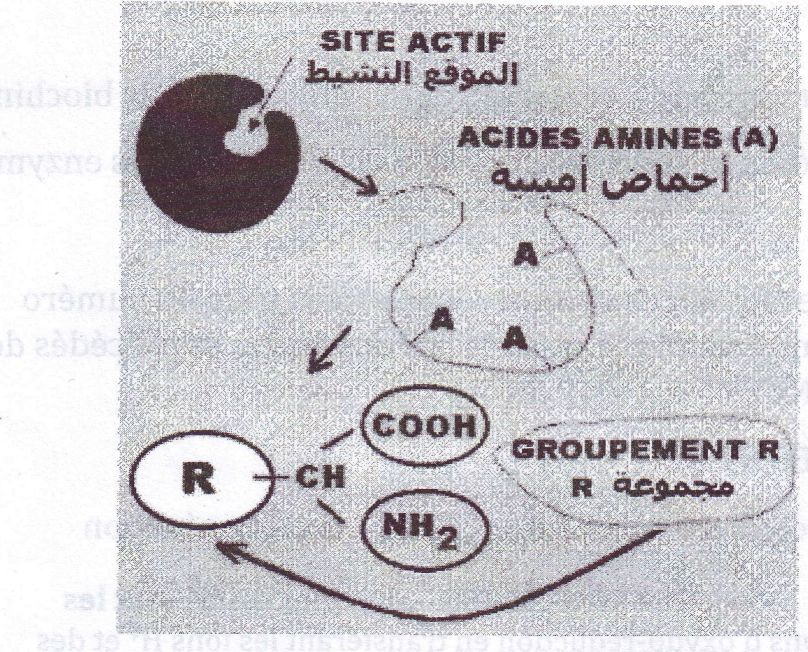 B / NAMES AND CLASSIFICATION :

A / Functional Classification : takes into account the name of the substrate of the’enzyme and the type of reaction catalyzed.

When’enzyme uses 2 substrates is the means both indicating :

B / Names and official classification :

IU biochemistry codified the nomenclature and classification of enzymes called an official nomenclature.

They are associated with coenzymes d’redox (OVER.

Many of these enzymes are known as :

2 : transferases enzyme whose function is to catalyze the

3 : hydrolase form a class of enzymes that catalyze

usually coenzymes. They are activated by cations.

5 : isomerase is an enzyme that catalyzes changes

within’a molecule, often by rearrangement of functional groups and conversion of the molecule into l’one of its isomers. Isomerases catalyze the type reactions :

EXP : Phosphoglucomutase is an enzyme of glycogenesis which catalyzes the reaction :

6 : ligases : ligase is a enzyme which catalyzes

Many ligases are known as "synthase"

EXP in class I and in class I, sub- subclass indicates the nature of the’acceptor d’electron.

X4 : serial number in the group and the subgroup.

In Clinical Biochemistry, the enzymes can be used as a "parameter", in two separate orientations Semiological:

EXP : creatine kinase is a marker of cardiac cytolysis in the’myocardial infarction.