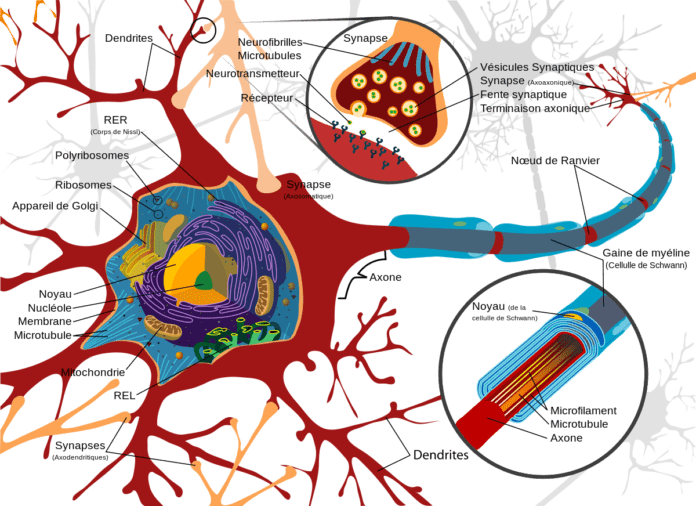 Neurons possess fundamentally related properties : l & rsquo; excitability and conduction that allow them to receive, to propagate and transmit information in the form of & rsquo; nerve impulses.

Neurons therefore differ in their ability to communicate with each other quickly, sometimes over long distances very accurately,

Characteristic of all living cells, its value varies from one cell to another. The electrical properties that arise from this ddp are causing the neurons fonctiomiement. 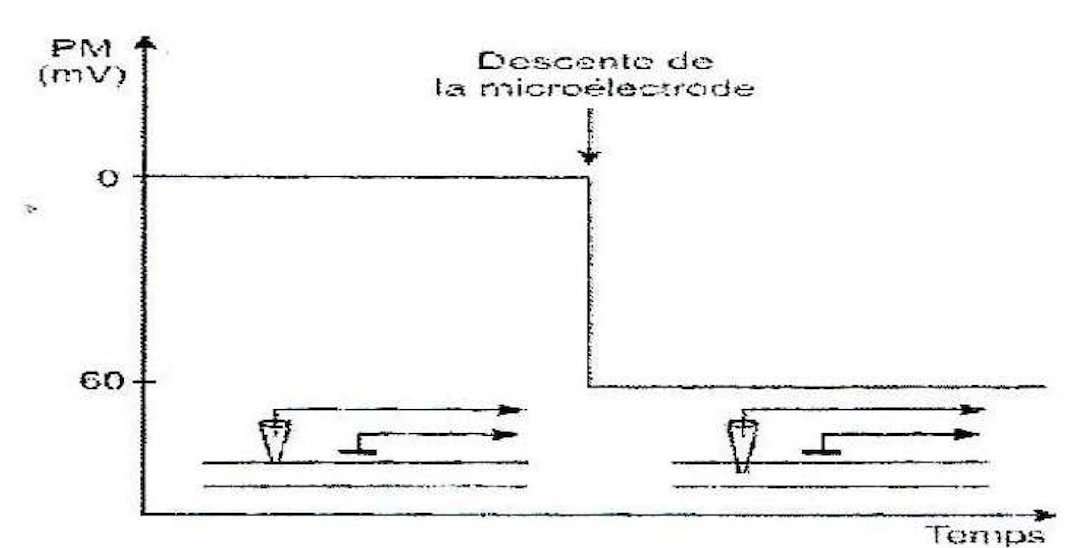 B- Origin of resting potential :

a- Differences ionic concentrations : (example of the giant squid axon)

Resting, there is an unequal distribution of ions and from & rsquo; across the membrane (board). The charge separation is resulting in & rsquo; origin & rsquo; a passive movement of ions through "channels flight" selective for each species ionique.Ces passive movements are performed by two gradients :

through "channels flight" selective for each ion species. These passive movements are performed according to two gradients :

– An electrical gradient due to the ddp (Vm) rest and tends to leave the ions according to their electrical charge.

b- Potential balance : This equation Nernst equation to calculate the equilibrium potential of an ion (It ion) c’that is to say the membrane potential for which this ion is in equilibrium with respect to the electrochemical forces.

c- membrane permeability : GOLDMAN equation The membrane is permeable to ions and several ionic fluxes are a function not only of the electrochemical strengths (Em-Eion) but also the respective permeabilities, hence the Goldman equation :

To ensure the stability of the ionic concentrations requires the intervention of an active transport mechanism against electrochemical gradients : It is the pump Na + / K + ATP ase.

Local variations of V m that allow the transmission of information over short distances.

These local phenomena are due to passive physical properties of the membrane. We define two constants :

It is a function of the values ​​of Cm and Rm.

Corresponds to the time required for the pd equals 63% of its maximum value.

This is the distance corresponding to a decrease of 63% of the initial amplitude ; it is based on the values ​​of series resistors (RL) :

V- EFFECT OF STIMULUS suprathreshold : SPREADING THE POTENTIAL FOR ACTION :

This is the mode of communication of the nervous system over long distances.

Stimulation causes after a latency stereotypical variation of Vm ; there are several phases :

– fast and abrupt depolarization with inversion of Vm (from -70 at +30) and the beginning of a rapid repolarization, its duration is 0,5 my brood juncture. This phase corresponds to the absolute refractory period (FOR).

3- Ionic bases of the action potential :

– In medium without Na + is not obtained of the action potential and any change in the extracellular Na + causes a variation in the same direction of the amplitude of the PA.

– If you block Na + channels Voltage Dependent by tetrodotoxin (TTX) : the cell is inexcitable despite a normal PR.

Au total : the action potential results from a sudden increase in Na + g with massive influx of Na + and reverse Vm.

– The refractory period is due to inactivation of Na + channels VD :

– PRA in all are inactivables

– in PRR they gradually désinactivent

– The return to the’equilibrium at rest is ensured by the Na + K + ATP ase pump.

The potential for action is ‘propagates without attenuation all along the axon ; two situations :

The nerve impulse can not go back because of the inactivation of Na + channels VD.

The conduction velocity is propor tional to the diameter of the axon (low RL).

The action potential formed at the first node moves to the second due to the presence of the myelin sheath (insulating) and the scarcity of Na + channels in VD inter nodal regions : is saltatory conduction.

The presence of the myelin sheath provides two, benefits :

Course of Dr A. CHIKHI – Faculty of Constantine 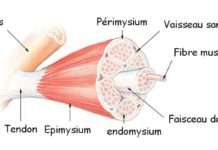