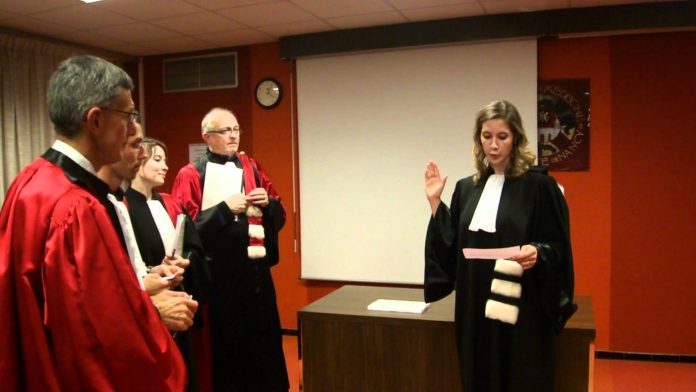 L.a medicine in its simplest definition is a science that is aimed at the conservation and recovery of health.

Since the & rsquo; antiquity, all companies have had to face health problems that led to the formation of groups of healers and developing codes of conduct to govern the treatment provided.

The oaths sworn by doctors and codes of ethics are evolving in parallel with the emergence of new medical treatments and new social challenges.

Medicine has crossed in the history of mankind, three phases:

A- The medical primitive magic :

The sorcerer or healer "medicine primeval". has a presumed magic power held d & rsquo; a supernatural power. This power was indisputable. He focused ethics and deontology confused, and drew absolute power.

Born of & rsquo; evolution of primitive medicine. It has made considerable progress over the Hindu civilizations, Chinese, Egyptian, Mesopotamian, Greek, Empire Ottoman and the early & rsquo; Europe pre-- Renaissance.

A new momentum of medicine, based on integrating clinical and therapeutic management of the human body.

corresponds to the emergence of a first moral code for the practice of the medical profession.

**King Hammurabi (Eighteenth century BC J-C) is the ancestor of a scale of personal injury, ii highlights one of the first characteristic of the medical profession : personal responsibility. He had engraved in stone at the & rsquo; for its successors : "A doctor flees a serious injury to someone & rsquo; one with the knife and kills, a doctor opens a tumor with a scalpel and the die & rsquo; s eye, he will have their hands cut off. »

** HIPPOCRATES OF COS (460-377 J-C) was the first to lay the foundation for medical ethics, the terms and principles are now included in the Western schools in the form of oath. Hippocrates, the oldest known physician and surgeon, the father of medicine lived in Greece for the & rsquo; antiquity.

Medical students recite the oath of & rsquo; Hippocrates. An extremely ancient ritual, that engages the future doctor to practice his art in accordance with all legal and ethical requirements related to it.

An oath which also marks the transition from the status of & rsquo; student to doctor.

– I swear by Apollo the physician, pair Esculape, Hygeia and Panacea, by all the gods and all the goddesses, and I take to witness that, the extent of my strength and my knowledge, I will respect the oath and the & rsquo; written commitment following :

My master in medicine, I'll put the same level as my parents. I will share my have with him, and s necessary I will provide for their needs. I will consider his children as my brothers and & rsquo; they want to study medicine, I teach them without fee and covenant;. I will pass on the precepts, explanations and other parts of the & rsquo; teaching my children, those of my Master, enrolled students and having read the oath in medical law, but no other.

Whenever my strength and my knowledge, I will advise the patients life diet can relieve and I & rsquo; d & rsquo turn away; they all that can be against them, or harmful. I will never poison, even if you ask me, and I would not reccomend going to d & rsquo; use them. I will not hand d & rsquo; ovules abortive women. I will pass my life and practice my art in purity and compliance with laws. I do not prune them the calculation, but will leave this operation to practitioners s & rsquo; to occupy. In every house where I will be called, I don & rsquo; will enter only for the good of the sick. I m & rsquo; d & rsquo forbid, be intentionally cause harm or corruption, and any undertaking to voluptuous & rsquo; against women or men, free or slaves. All I see or hear around me, in & rsquo; exercise my art or out of my ministry, and which shall not be disclosed, I will be silent and take it as a secret.

If I respect my oath without the & rsquo; break, may I enjoy life and my profession, and be honored forever among your men. But if I violate and become perjury, that & rsquo; an adverse fate m & rsquo; arrives ! »

Each paragraph of text ee represents a clear moral :

**PRAYER MAIMONIDES whose real name is Moses Ben Maimon – Dynasty Maimonides – (1135-1204j or Abu Omran bin Meimoune elkortobi Arabic, was the & rsquo; one of the most representative of doctors & rsquo; humanism and Arab medicine. Addressing the ethical problems of the medical profession, he wrote and fixed for posterity prayer so stated :

– Supports the strength of my heart for that & rsquo; he is always near to serve the poor and the rich, l & rsquo; & rsquo and friend, enemy, the good and the bad. Make me see that & rsquo; man in the sufferer…

" Lend me, my God, l & rsquo; indulgence and patience with the stubborn and rude sick. Make me moderate all, but in my insatiable love of science. Remove from me the & rsquo; any idea that I can. Give me strength, the will and the & rsquo; & rsquo opportunity; expand more my knowledge. I can now discover in my knowledge of things I do not suspect yesterday, because l & rsquo; art is great but the & rsquo; s mind & rsquo; man ever entered before. »

The Maimonides oath differs from that of & rsquo; Hippocrates by a deep personal commitment. It is a true prayer which recalls with particular sensitivity that the doctor is d & rsquo; first a man with weaknesses and highlights the fragility of knowledge.

** OATH Mohamed Ech-Cherif Essakali Tunisian doctor of the fourteenth century, states in his text as d & rsquo; final recommendations to young doctors, warns them in the following terms :

" Thing, 6 my child that & lsquo; n it & lsquo; there is no more heinous crime than abusing people, take their property by fraud, especially the poor who suffer and are without spirit and strength. Teufel be sent if Lost, it uses your science to relieve his ailments. you and he examines the rédiges une ordonnance, dice when he puts his hope in this piece of paper and believes his content with the divine help will the cure ; the pharmacist s & lsquo; also relates to you and GOD and delivers remedies. Or. how your act would be criminal if read acted lightly and how much your responsibility would be great.

"Instead of the patient, vaudrais you that we act well towards you. that & rsquo; it plays with your health and that it swindled your money, my child to be scrupulous, and advised because your sins are more serious before GOD.

"These words are sufficient to & rsquo; man of heart el fe No & lsquo; say no more, that & lsquo; they are present in your mind each day, morning and evening will never forget them. »

It s injunctions result in simple and realistic disproportion of the doctor-patient relationship and & rsquo; state of dependence in which the patient is rushed dice at that & rsquo; he suffers in his mind and in his body.

If Maimonides was referring to moral values ​​Essakali raises basic ethical principles without which the & rsquo; professional practice of medicine would degenerate into charlatanism.

The prototype of the oath taken by doctors is the one called "Montpelier" written in the Fourteenth Century by Lallemand, Dean of the Faculty :

"In the presence of the masters of this school, my dear fellow students and to the image of & rsquo; Hippocrates, I promise and swear d & rsquo; be faithful to the laws of the & rsquo; honor and integrity in the practice of medicine. "I will give my free care to the & rsquo; pauper and I n 'ever will demand a salary above my work."

"Admitted to the & rsquo; inside houses, my eyes laugh not see what s & lsquo; going there ; my tongue silent the secrets that are confided in me, and my condition will not be used to corrupt morals nor to promote crime. "

"Respectful and. grateful to my teachers, I will give their children the & rsquo; instruction that I received from their fathers. "That men m & lsquo; give their esteem if I am faithful to my promises, I am covered with & rsquo;. opprobrium and contempt of my colleagues if I lack "

**OATH OF GENEVA : adopted by the 2nd General Assembly of the World Medical Association Geneva (Suisse), September 1948,
AT THE TIME OF ADMISSION TO THE NUMBER OF MEMBERS OF THE MEDICAL PROFESSION:
I TAKE L & rsquo; SOLEMN OATH to devote my life to the service of & rsquo; humanity;
I KEEP to my teachers the respect and recognition that is their due;
J & rsquo; exercise my art with conscience and dignity;
I will consider the health of my patient will be my first consideration;
I WILL RESPECT the secrets of one who will be entrusted to me. even after the patient's death;
JE Maintiendrai, the extent of my ability, l & rsquo; honor and the noble traditions of the medical profession; MY COLLEAGUES will be my sisters and brothers;
I DO NOT ALLOW as d & rsquo considerations; political affiliation, d & rsquo; age, belief, illness or & rsquo; infirmity, nationality, d & rsquo; ethnicity, of race, sex, social status or sexual orientation come s & rsquo; intervene between my duty and my patient;
I KEEP absolute respect for human life from its beginning, even under threat and I don & rsquo; not'll use my medical knowledge against the laws of the & rsquo; humanity;
I MAKE THESE PROMISES solemnly, freely, on & rsquo; honor.

In Algeria, P draft of the law on the protection and promotion of public health offers at the time a project of allegiance to the & rsquo; for doctors, dental surgeons and pharmacists. It n & rsquo draft; has not been selected since the law 85-05 of 16 February 1985 on the protection and promotion of health ia, states in & rsquo; Article 199, the doctor, dentist and pharmacist, licensed to practice, utter an oath in front of their peers.

A quick course oaths and prayers, comforting the & rsquo; idea that clinical ethics was born with medicine. The very existence of the oaths of respect hither denotes the profession and the patient. Their reading summarizes and confirms the & rsquo; immortality of some major principles such as the secret, probity and justice… The ritual prayers "medical" and vows strengthens & rsquo; humanism idea attached to the medical profession. The physician's moral commitment is likely to consolidate, maintain and nurture dedication.

Given the complexity of medicine of the 21st century, it is impossible that oath which dates back to the & rsquo; antiquity can encompass the current values. The meaning of the Hippocratic oath does not lie in its specific guidelines, but in the symbolism of the & rsquo; & rsquo ideal that; he vehicle, either in the selfless dedication linked to ia preservation of human life.