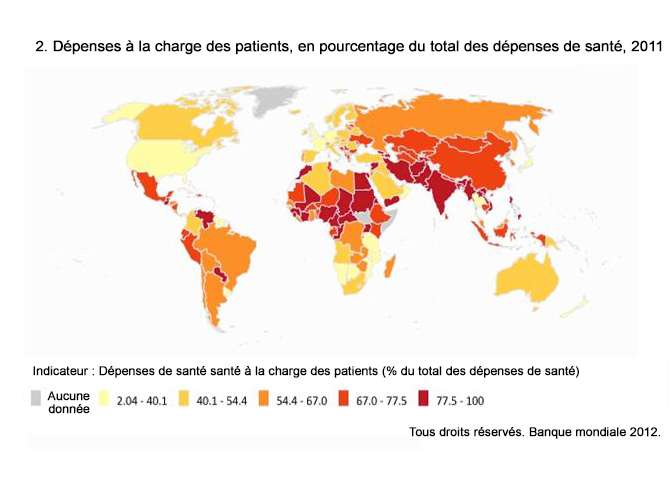 To ensure the population a better standard of health, each country has some form of organization. This organization coordinates the activities of healthcare professionals and partners contributing to the financing of the healthcare system. This arrangement is complex health system.

The health system can be defined as the set of means (organizational, structural, humans, financiers,) intended to achieve the objectives of health policy.

It is a subsystem of the overall economic system.

According to WHO : The health system is the set of organizations, institutions, resources and people whose primary purpose is to improve health

III- OBJECTIVES OF A HEALTH SYSTEM :

WHO assigns three objectives to health systems :
– Improve and maintain the health status.
– Ensure system responsiveness.
– Ensuring a fair contribution from the company.

IV- CHARACTERISTICS OF A HEALTH SYSTEM :

A health system must :
– Identify the needs of the population,
– Deduct the priorities and
– Implement policies and actions capable of achieving its goals.

The health system must be :

The health system must have the agreement (voluntary consent) Population; This notion of acceptability may explain the differences observed between the level of socio countries – same economic depending on their culture.

These two qualities are essential:

The role of planning is to determine the resources available to meet the needs and choose the solutions able to change the situation.

It is then necessary to evaluate the technical, structures and equipment used to achieve the objectives previously set.

The health system must be able to adapt to any new situation imposed by the disease type, technological progress and social terms – economic.

There are generally two types of systems : Centralized and Decentralized.

The difference between the two types hold :

The usual example is the health systems of countries is

The system was taken over by many industrialized countries (Portugal, Sweden, Italy, Iceland, Denmark, Greece)

Production of care is provided through a public monopoly. The offer of two treatments (02) components:

Each individual is on the list of a general practitioner which it must necessarily be sent for treatment or be sent to the hospital or specialist.

Specialists work as consultants in hospitals and receive a salary.

c- The type of social protection of the population is simple :

The N.H.S provides full range of treatments that are free for the user

It is based primarily on the state budget that is to say, the tax, according to the principle of income redistribution;

Systems that are similar in most health systems are in place in the United States and Switzerland.

Regarding fees, Doctors are free to set rates; the fee for service is the most common for outpatient care and hospitalization on the basis of billing for each service.

b- The type of social protection :

There is no compulsory social insurance system. The population resorts to individual private insurance or through employers. Market forces determine the amount of premiums.

However, there are public social insurance programs for certain population groups:

The American system is expensive but it reflects a choice in consumption.

Its main drawback is the risk of developing a dual medicine: one for the wealthy can make themselves and one for underprivileged dependent on public programs.

In the context of health systems, the French system holds a joint position, combining decentralization and centralization.

care producers have complete freedom of installation and prescription.

The French system also takes a central aspect related to the role of insurance agencies – diseases that provide most of the funding and the role of the state.