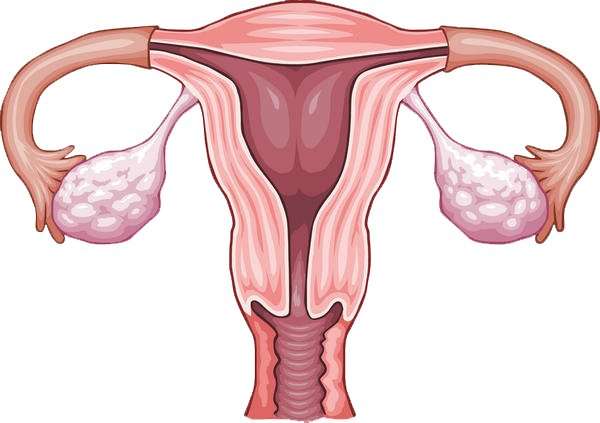 The uterus is a hollow member, and muscle contractile, whose essential function comes at a time of gestation during which its changes are very important ; indeed it receives the fertilized egg, serves to foster support during pregnancy, and contributes its contractions the expulsion term.

This is an odd organ and median, it is located in the middle part of the pelvis, between the bladder forward, rectum back, vagina and perineum down, the abdominal cavity at the top.

It can be visualized by laparoscopy

It has the shape of a truncated cone has top, flattened back and forth, having three parts :

– A bladder face (anteroinferior)
– Intestinal face (posterosuperior)
– Two thick foam side edges
– An upper edge : the fundus
– Two side corners : the uterine horns or inosculate or fallopian tubes and fit the round ligaments and proper ovarian ligaments.

The vagina is inserted into the vaginal portion in an oblique plane downwards and forwards.

Intra-vaginal portion is longer behind than in front, it is accessible to the vaginal touch and viewable by the speculum, it has the shape of a perforated truncated cone has its apex an orifice : the external os which gives access to the uterine cavity.

– Type glandular at the body constituting the endometrium with two layers : basal surface and : functional layer modifying during the menstrual cycle.
– At its narrowest point it has two areas :
* on endocervical (canal cervical) it retains a glandular structure.
* on the ectocervix, intra vaginal segment of the neck has the same structure as the vaginal mucosa (squamous epithelium).

The above-vaginal portion is partially covered with peritoneum lining :

Reports through the peritoneum :

– the lower part of the parameters.
– the blade sacrosanct double-genito-pubic.

WE- VASCULARIZATION AND INNERVATION : 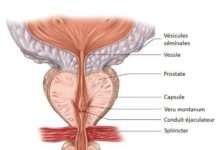