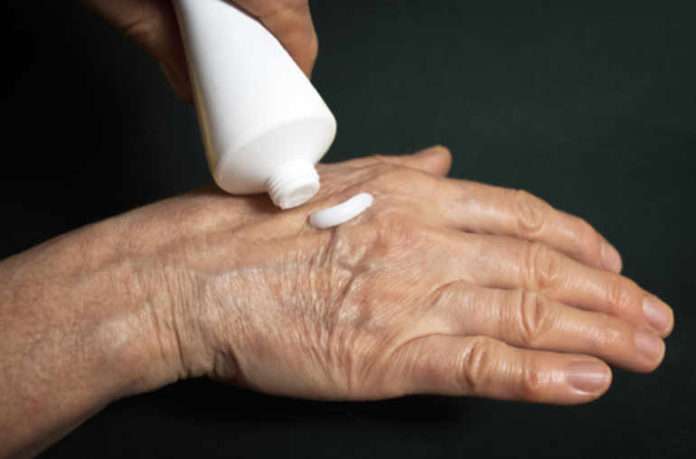 – the rate of application (less than or equal to twice a day),

– the amount needed depending on the surface to be treated.

DCTCs pass through the cytoplasmic membrane by simple diffusion and bind to a specific receptor of the steroid receptor superfamily.

2- The receptor complex-DCTC passes through the nuclear membrane

3- Action on the transcript:

a)- Nature of the excipient:

There are four levels of power. Examples of DCCCs available in Algeria:

a)- Dermatosis tO be treated:

b)- The surface to be treated and tOat:

X- Side effects of dermocorticoids: